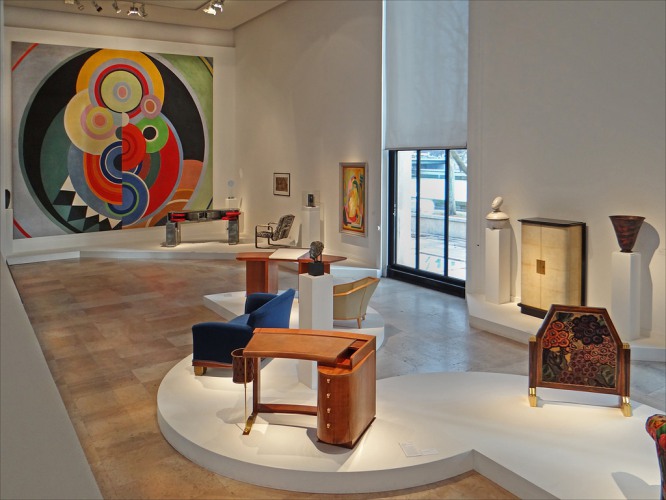 Make your summer in Paris a sequence of exceptional moments.

From May 19th to November 5th 2017, the Museum of Modern Art in Paris offers a major exhibition entitled Medusa: Jewellery and Taboos. Mankind’s interest in jewellery goes back to antiquity and even further. Like the face of the mythical Medusa, jewellery has always inspired reactions of attraction or repulsion, depending on who designs, wears, or gazes upon it. Follow the guide of your Relais du Marais Hotel !

MEDUSA: An homage to the world of jewellery at the Museum of Modern Art in Paris

The Medusa exhibition recognises jewellery as a work of art that has been reinvented by contemporary creators. Nearly 300 pieces have been chosen and grouped thematically. Some are one of a kind, while others are representative of multiple copies. You can admire not only unique items from prestigious jewellery houses and contemporary designers, but also creations by renowned artists such as Dali, Picasso, Man Rey, René Lalique and others. The organisers have taken the bold step of including unusual and even futuristic jewellery inspired by the cultures of punk, rap, SM and high tech.

For a glamorous outing: the Prix de Diane

Horse riding enthusiasts have already put the date of June 18th, 2017 on their calendar. One of the must-see events of the summer, the Prix de Diane attracts nearly 30,000 visitors each year to the Chantilly Racecourse. Sometimes referred to as the French Oaks, the Prix de Diane is a Group 1 flat race over 2100 metres, which aims to crown the best three year old thoroughbred filly. It should be pointed out that since it was established in 1843, this race day has also been a true festival of glamour and distinction with its charming surroundings, chic lunches on the grass, its parade of hats, as well as the award of the Prize of Elegance in the Mademoiselle Diane competition. For the occasion, the musical performers Nolwenn, Cœur de Pirate, Ayo, and the duos Brigitte and Lilly Wood and the Prick will play live on stage. Two weeks before the Prix de Diane, the Prix du Jockey Club for thoroughbred three year old colts and fillies takes place. These world-famous horse races offer two great opportunities to meet the stars of the Jet Set in their finest attire.

The famous Summer Sales of Paris

From 8:00 am on Wednesday, June 28th, 2017, the Summer Sales period will begin for department stores and shops across France, and won’t end until August 8th. While in Paris, you can seize the opportunity to visit prestigious temples of retail bliss such as Printemps Haussmann, Galeries Lafayette, Bon Marché, Citadium Caumartin and BHV Marais to find high-quality items at affordable prices. Shops offer increasing discounts as the sales period wears on, so you get the best selection of goods at the start and the best bargains towards the end. You’ll find great deals on clothing, footwear and accessories, but there is also the chance to make significant savings on household items and electronics. Look for the Soldes signs in designer outlets, department stores, shopping centres and even neighbourhood shops, all of which you’ll be able to reach with ease from your Hotel Le Relais du Marais.