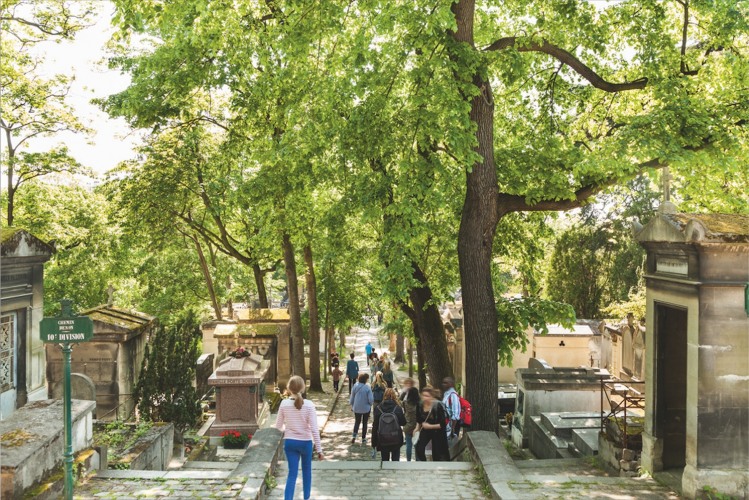 The Ménilmontant quarter of the 20th arrondissement has retained the charming allure of its history. Once a village on the outskirts of Paris, part of the Belleville municipality, it was absorbed into the rapidly expanding capital in 1860. Today it’s a picturesque and fashionable neighbourhood as well as being a part of the city that’s fun to wander around... So, let’s explore the district of Ménilmontant.

The French singer-songwriter Charles Trenet, a child of Ménilmontant, used to sing “This is where I left my heart, this is where I come to find my soul...”. Cereals, fruit and wine were once grown on the slopes around this ancient village. Although now a hub of alternative Paris, it still retains much of its authentic village vibe and you can stroll along cobbled streets lined with artists' studios, old houses, welcoming restaurants and friendly bistros.

In the vicinity of the Rue Ménilmontant you can find the mid-19th century Notre-Dame-de-la-Croix church, as well as old houses and green islets that testify to a time when the district was an actual village outside the city. The winding, hilly streets are an invitation to explore.

Direct your steps towards the bucolic Villa de l'Ermitage, a hidden enclave of artists' studios, small houses with colourful shutters and wrought iron entrances, where little courtyards abound, and the walls are decorated with street art... At the end of this quaint street, you’ll discover the Cité Leroy and its communal garden bursting with vegetables and flowers.

Then continue onto the Rue des Cascades, which winds its way up the hill, before taking the Rue de Savie, where you can still see an old well. From the Rue des Pyrénées, going up the Rue de Ménilmontant, stop by the lovely shaded square with its flowers and rose gardens. This high part of the street commands a magnificent view over Paris!