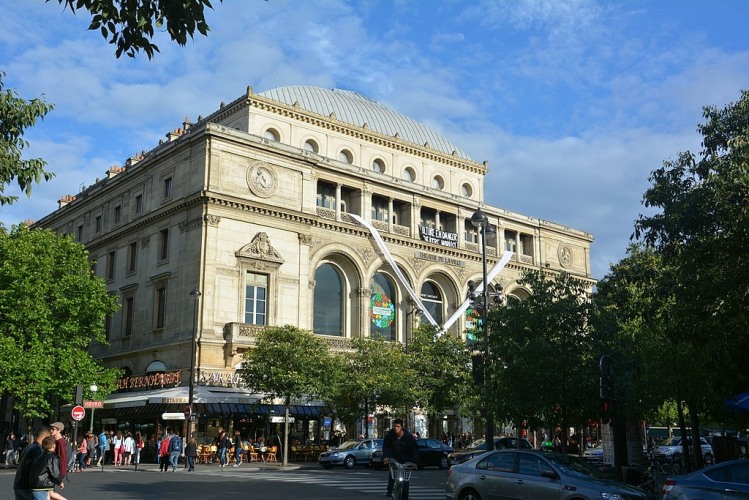 Celebrate the reopening of the Théâtre du Châtelet

Highly regarded both for its architecture and its musical productions, the iconic Parisian venue and opera house called the Théâtre du Châtelet has reopened its doors after two years of renovation work. Come admire its beautiful spaces and discover the programme planned for the 2019-2020 season.

The Théâtre du Châtelet was constructed as part of Baron Haussmann’s grand reconfiguration of Paris during the Second Empire. He totally changed the appearance of this central district of the city by building two theatres facing each other on the Place du Chatelet; the Théâtre de la Ville and the Théâtre du Châtelet. Although the Théâtre du Châtelet presented various kinds of productions, it soon began to specialise in musical performances, including dance, operetta and musical comedy. It offered, for example, a season of Italian operas sung by Caruso and conducted by Toscanini, the Chanteur de Mexico featuring Tino Rossi, and premiered works by Debussy, Satie, Ravel, Boulez and other notable composers.

Balanced between tradition and modernity

The renovations carried out over the past two years have brought out the beauty of this legendary venue’s architecture, from its façade to the foyer, the galleries and the stairs. Lovingly restored and enhanced, the Théâtre du Châtelet continues its mission to present musical performances of exceptionally high quality. This autumn you will be able to enjoy performances of The Just Assassins directed by Abd Al Malik, listen to the MusicAeterna ensemble play Mozart and Fauré, admire the Sadler's Wells company in A Quiet Evening of Dance, or tap your feet to the unforgettable tunes of An American in Paris...

The Théâtre du Châtelet is an indispensable part of Parisian cultural life. Come rediscover it during your stay at the Hotel Relais du Marais, where we always keep an eye on the show schedule for you!